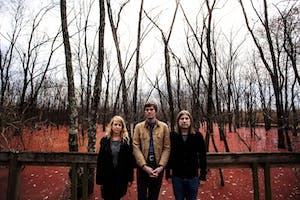 Country Westerns is a three-piece rock band from Nashville that

sounds nothing like its name. Drummer Brian Kotzur (Trash

(The Weight, Gentleman Jesse) began working on songs together in

2016, after bonding over the shared desire to be in a band in a town

full of solo artists and guns-for-hire. Following a couple of years writing

Champion) joined the band as bassist. The now complete Country

Westerns recorded their debut album in New York and Nashville,

poetry and punk rock sneer in equal measure. Their self-titled debut is

slated for release in 2020 on Fat Possum Record.