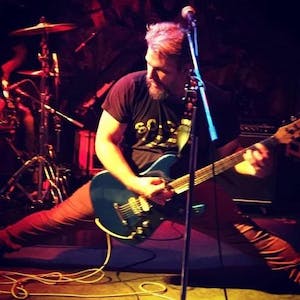 An Evening with John Jughead and Larry Livermore

A very special appearance by two punk rock legends, in an evening that will include full sets of music, storytelling, and a live recording of the Jughead's Basement Podcast & Blog.

John Jughead was the co-founder and original guitarist for the seminal punk band Screeching Weasel, as well as a member of Even in Blackouts and The Mopes. John will be performing a full set of music from his various bands, complete with storytelling, and help from The Prozacs, The Mopes bassist B-Face, and Stiletto Bomb singer Andy Nihilate.

Larry Livermore was the singer/guitarist for The Lookouts and The Potatomen. He was also the co-founder of Lookout! Records, the seminal Bay Area record label that first introduced the world to bands like Green Day, Operation Ivy, Rancid, and many others. Larry will be performing a solo acoustic set of his music, also complete with stories from his 40+ years in the punk movement.

In addition to music, John will be recording an episode of the Jughead's Basement podcast, in which Larry and John interview each other and take audience questions.